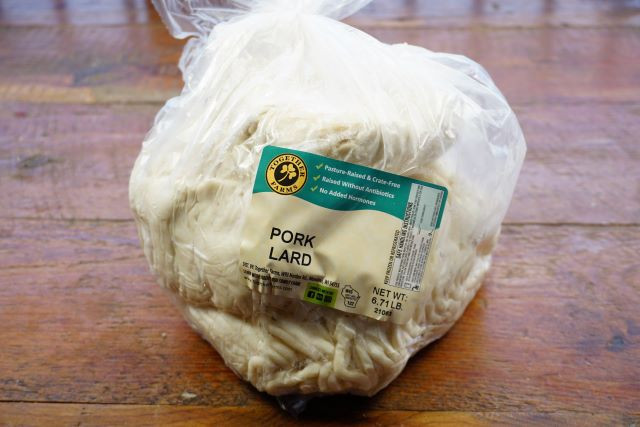 To render: simply heat in the slow cooker or a low oven or stovetop and pour off the fat that turns to liquid. The lower the heat the less pork taste will come through. You do not need to add water. Best to strain it through a mesh strainer or cheesecloth (that will also help it have less pork flavor and last longer). Should turn white when solid.

The solid bits that are left after rendering are known as cracklings and can be further cooked down and used as a replacement for croutons or just eaten straight! You can also feed them to the birds or to your pets as treats.

Cracklings can also be made savory by mixing in a little garlic, salt and pepper and stored in small snack bags in the freezer for a quick salad or steak topping. They can also be made more sweet with a little maple syrup and cinnamon and used on top of pumpkin pie or anything that could benefit from a taste and flavor boost with a little extra fat! (that's almost everything btw)