Holiday Centerpieces & Gift Cards are HERE!
5% OFF + FREE Item for Life when you Subscribe & Save! 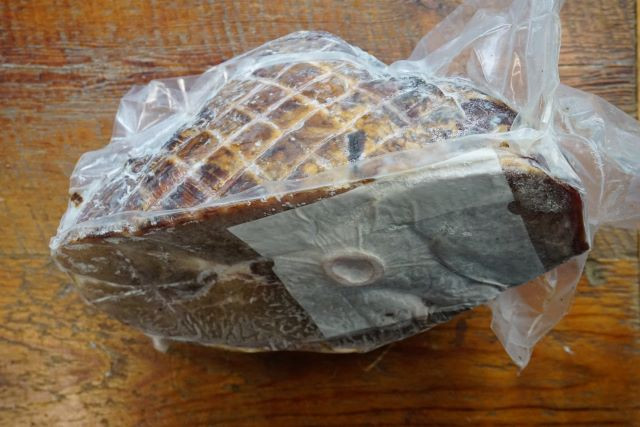 Let us know in your order comments if you have a size preference.

Together Farm's ham is made using old-fashioned methods from pastured & organically raised pigs - this is a product hard to find but easy to love! NO NITRATES, not even celery juice!

Our ham is already cooked and is sooo versatile & fast for any meal of the day, just check out some of the ideas below:

Dice it up for a breakfast Ham & Egg Bake.

Slice some pieces of ham off the roast for cold sandwiches or a hot grilled cheese with ham for lunch.

Feature Old Fashioned Glazed Ham with scalloped potatoes at your next Sunday dinner, holiday or just a comforting weeknight meal. But then be sure to save the leftovers and the bone to make a soul-warming batch of Loaded Baked Potato Soup or Ham, Corn & Potato Chowder.

Note that ham roasts vary significantly in weight, so please let us know in your order comments if you'd like bigger or smaller.