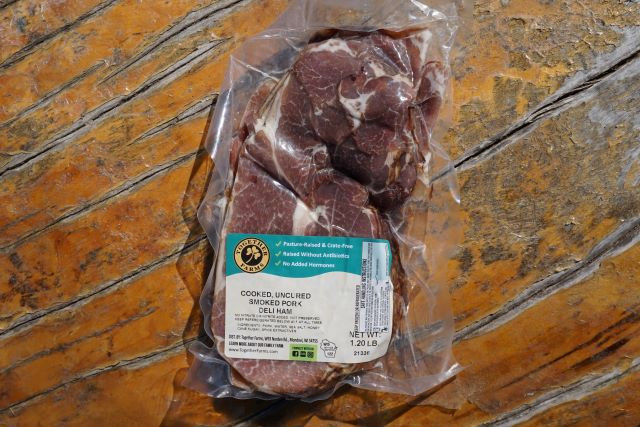 Our deli-sliced ham is made using old-fashioned methods from pastured & organically raised pigs - this is a product hard to find but easy to love!

First, it's ready to eat! The smoking process technically cooks the meat.

Second, it's versatile: breakfast, lunch, snack, supper - ham does it all.

Here are a few ideas to inspire you:

Grab some to make the best Lutheran Sushi (aka Pickle Roll-Ups) the potluck has ever seen!

Check out this amazing video starring Chef Joey Meicher teaching you how to easily make a restaurant-quality Croque Madame at home. So good!

Third, it's delicious! Have you ever tried our ham before? Holy "smokes", good stuff.